Don't Look Back is a web-based tool for the creation of abstract animation that has developed through the confluence of my work as an artist, educator, and web designer in collaboration with my brother Omri Cohen-Alloro.

The initial concept for this project began as a custom digital tool that I programmed to create animations that fit my own aesthetic and artistic ideas due to its minimalistic set of tools. In a similar manner to Arnold Schoenberg's 12-tone technique, it forces you to follow a set of rules that will dictate the aesthetic and the form of the final results.

The call – Don't Look Back – is, therefore, an invitation for the creation of free and intuitive movement. One that its eyes face forward to the front. Like an improvisation, a free drawing, “ a stream of continuous”, or a dance. 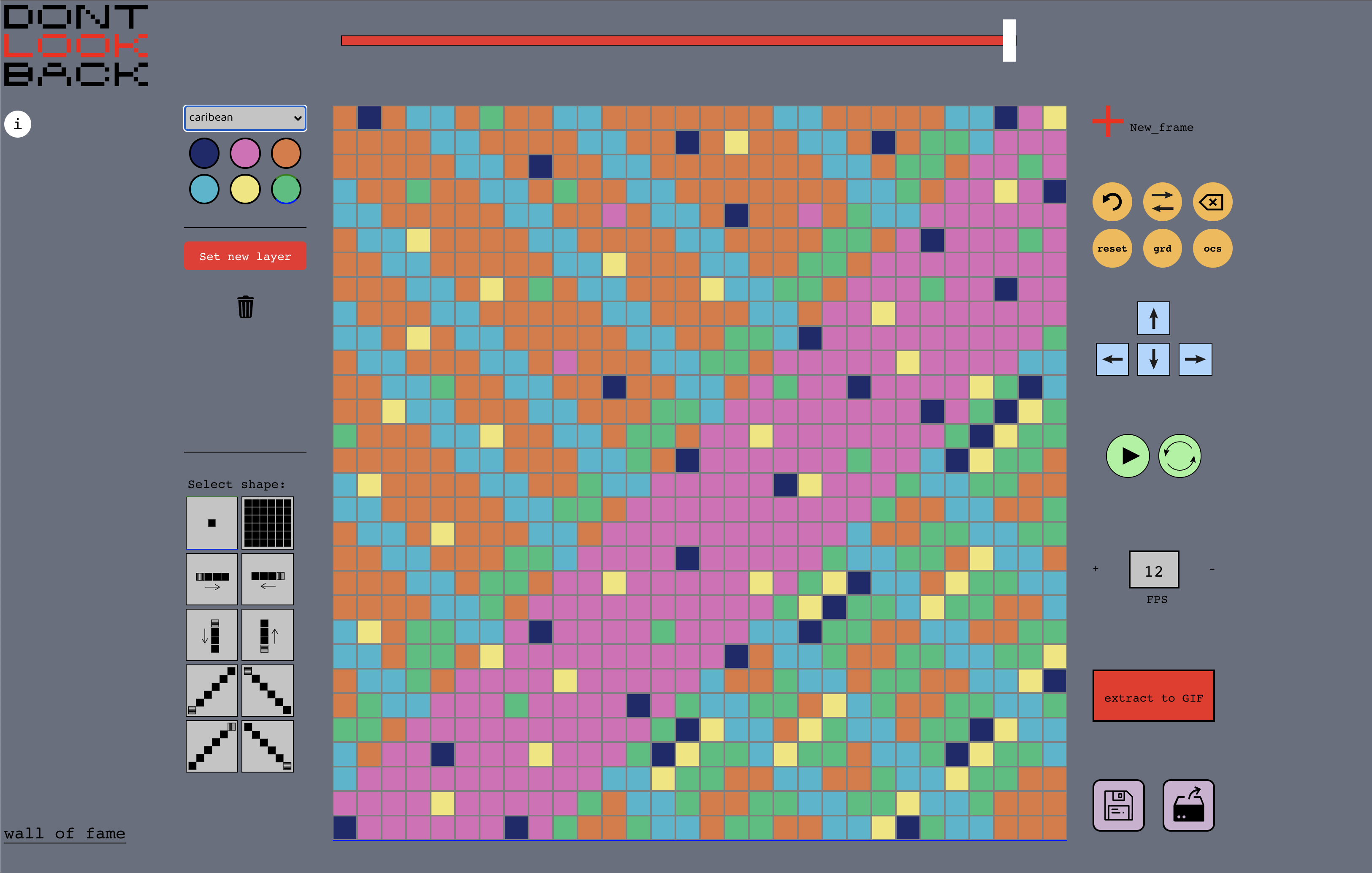 10-03.space is a multimedia platform created by Alma Alloro which traces the path of society during a year of pandemic, capturing the thoughts, ideas, memories, fears, and hopes which arose and developed during this time, acting as a memento of shared crises. At its center is a work of animation produced using scans of hundreds of hand-sewn face masks created and distributed by the artist during the first lockdown. Taking the form of an online fanzine 10-03.space is accessible to anyone with an internet connection. It aims to explore new means through which we can experience and present art in accessible and meaningful formats at a time such as this when the possibilities for leaving your home are limited or non-existent. The contents of the fanzine will be organic and updated over time by the artist in response to the constantly changing sets of challenges that we face in everyday life given the current situation. 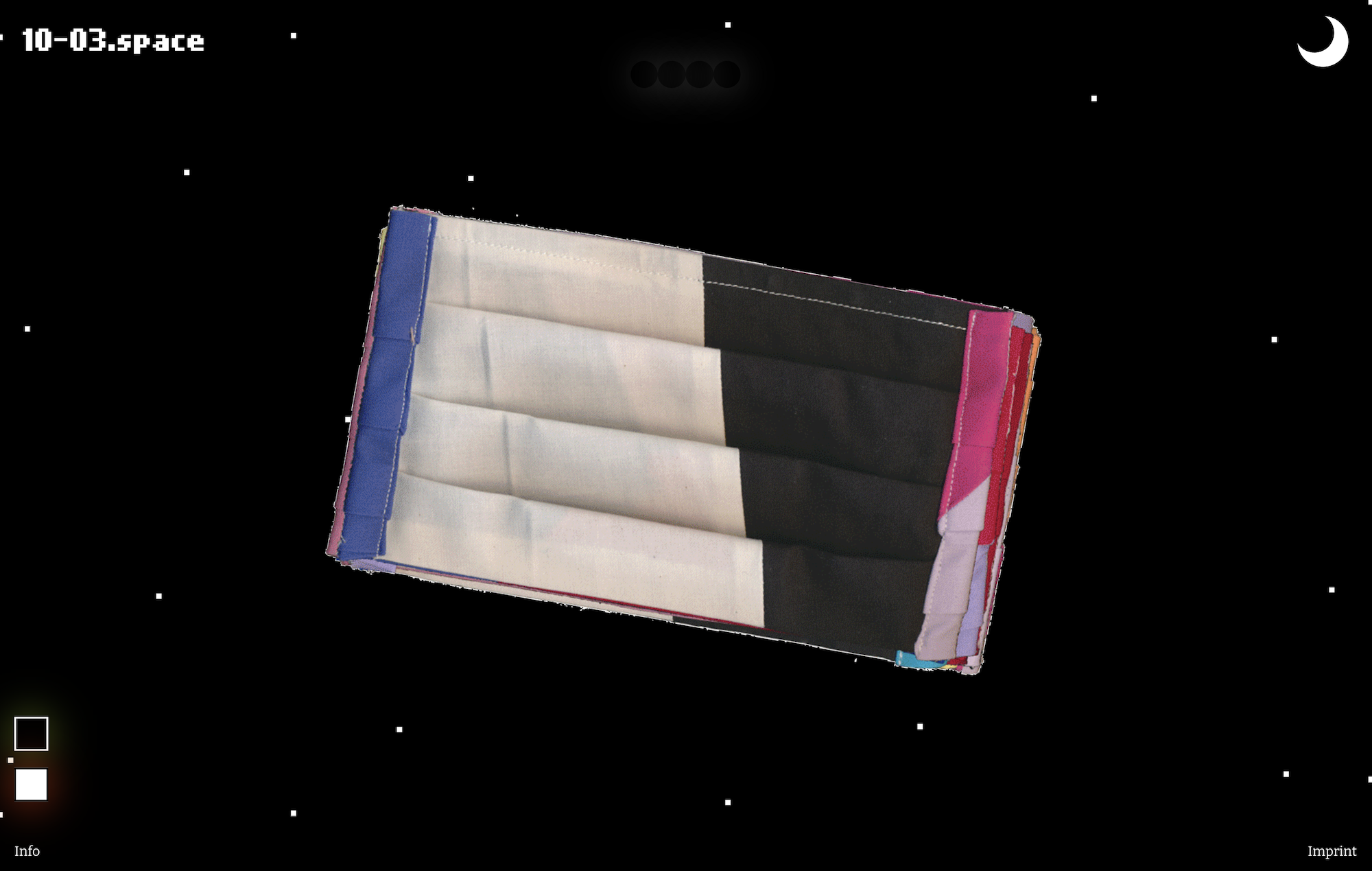 TROUBLE AT THE TEXTILE FACTORY

I staged a theatrical scene depicting the story of a textile factory that has transformed into an anthropomorphic being. Consisting of a large-scale patchwork quilt and a video-object the work draws inspiration from revolutionary art of the early 20th century as well as from the textures and patterns of contemporary urban landscapes and serves as an allegory for the social, economical and cultural status of labour in the process of creating a work of art. 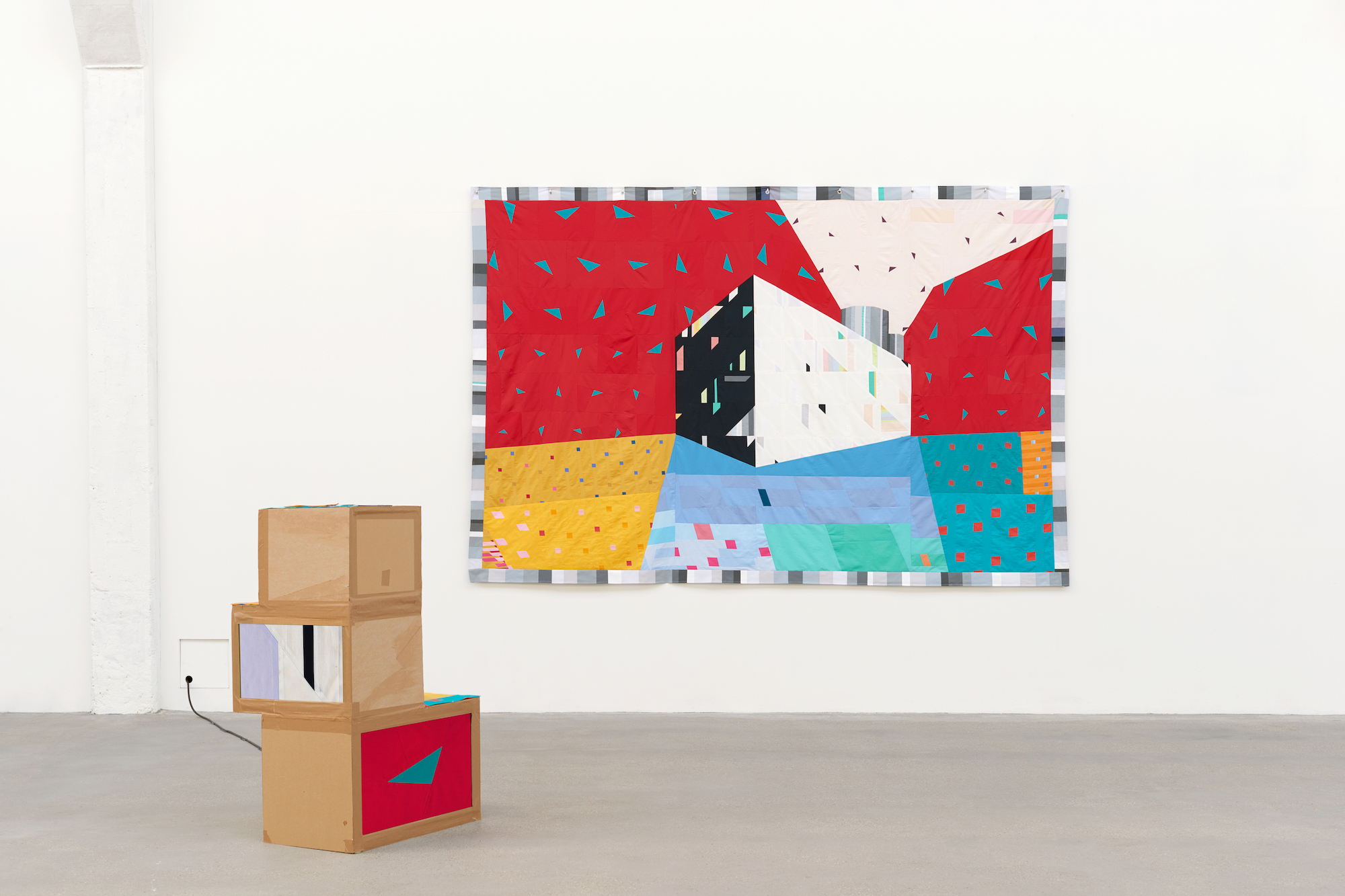 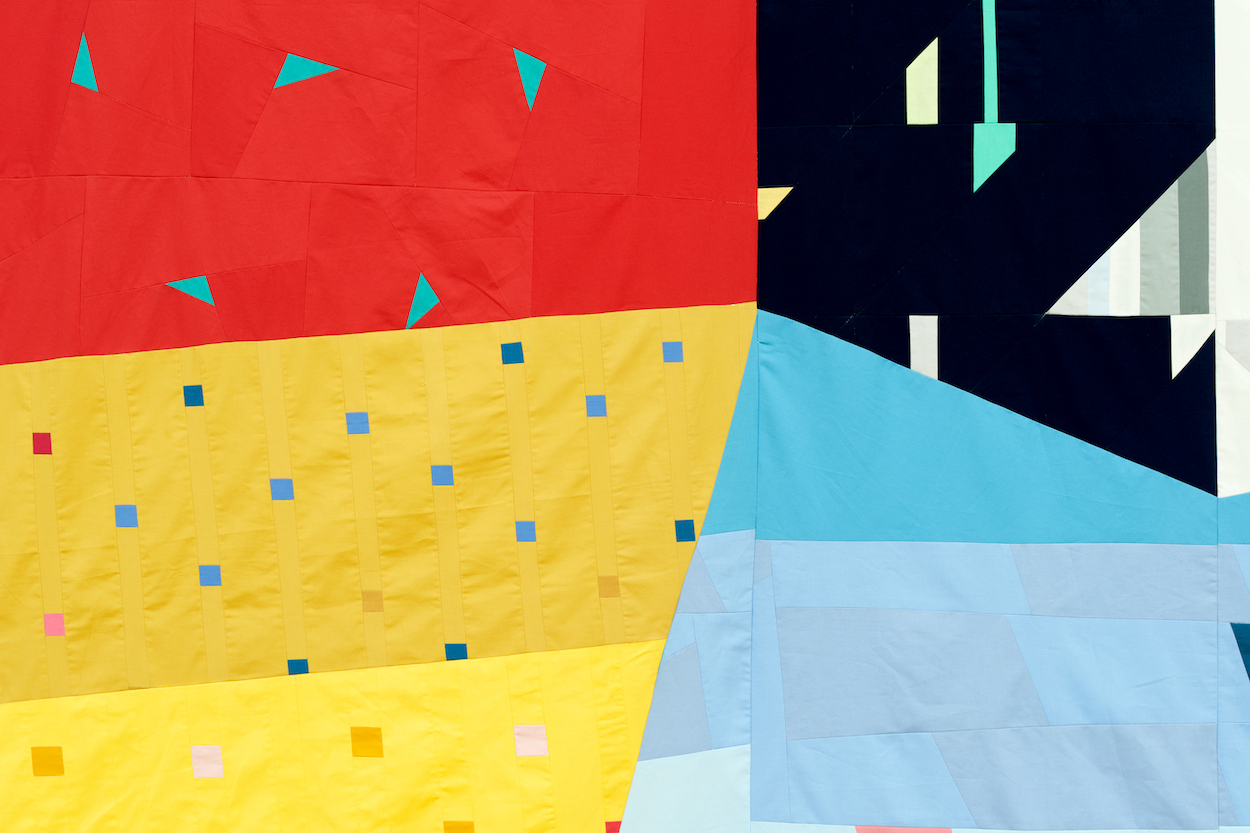 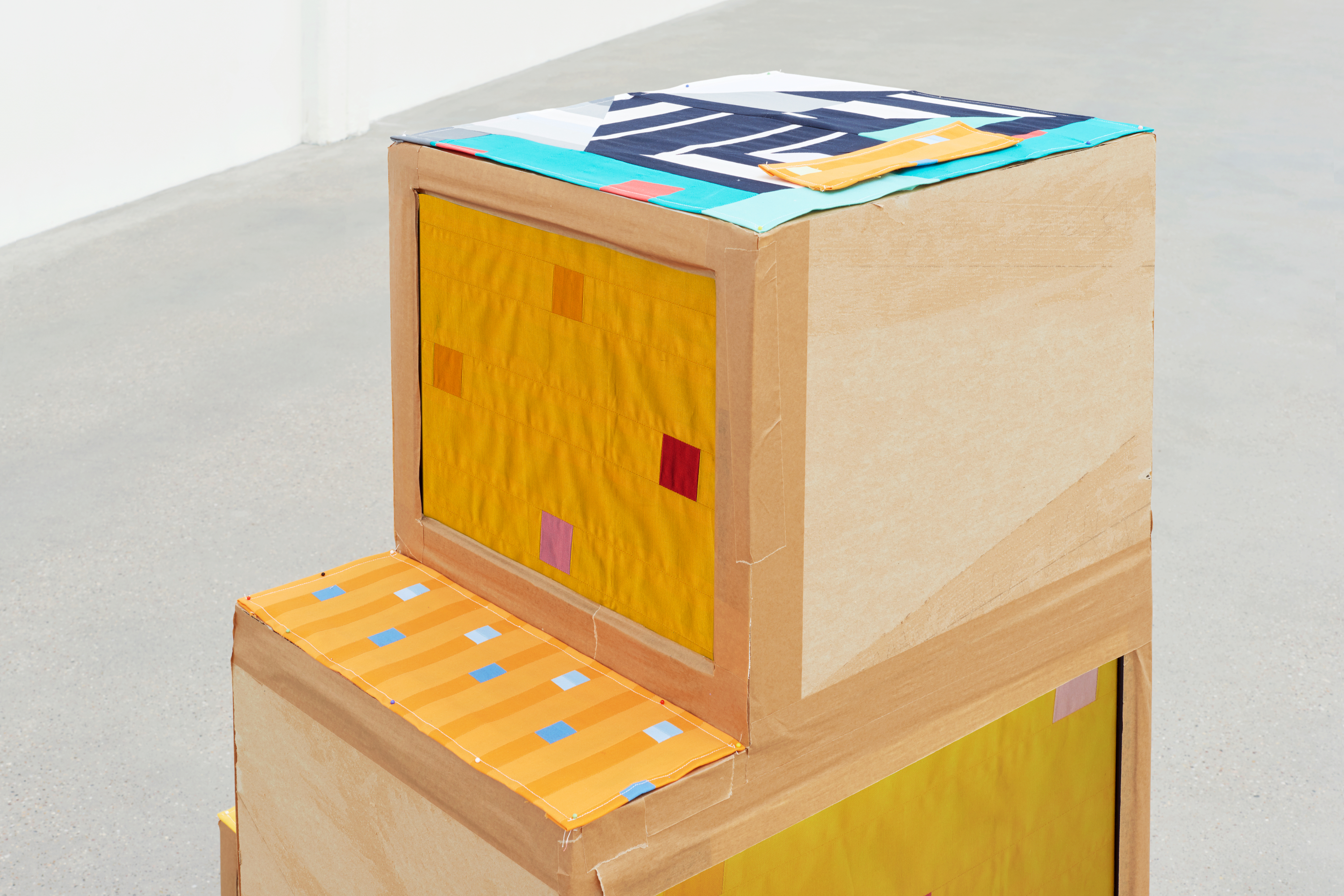 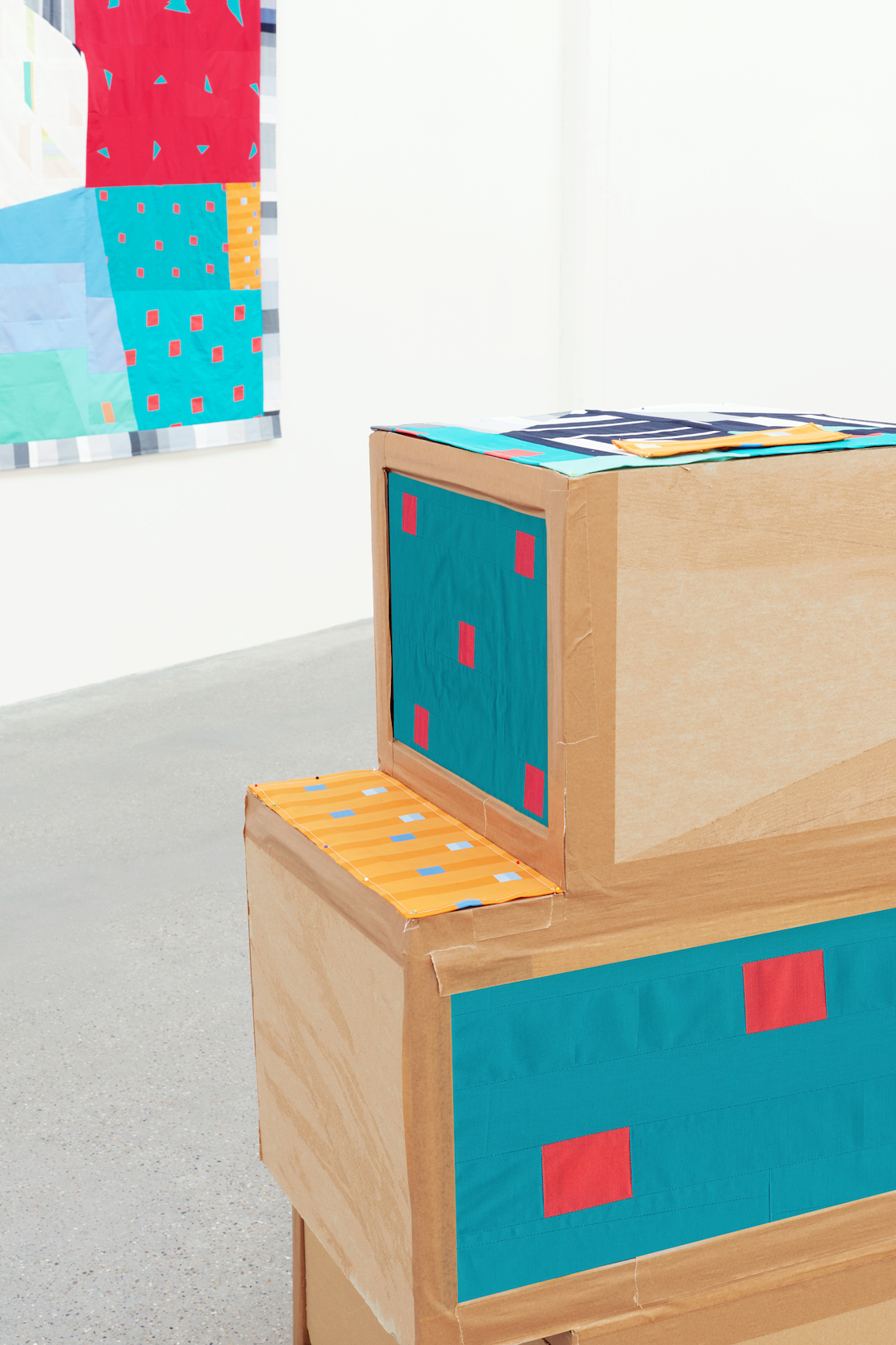 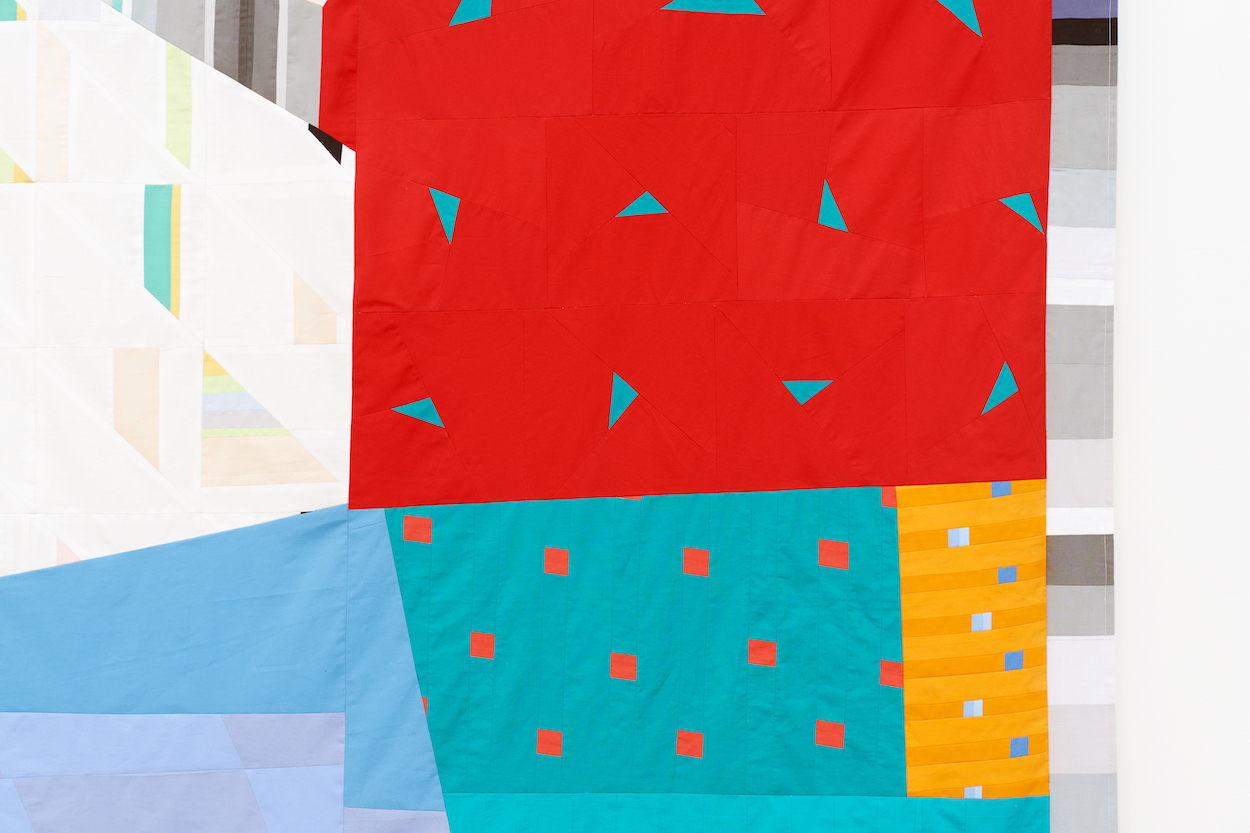 A body of work consists of a series of large-scale patchwork quilts, carefully crafted to generate animated abstract films. ‘Big Screen’ moves between the traditional craft of quilting typically associated with feminine labor, and the world of animation and motion graphics. I recast the attempts made by early modernist artists to create a formal visual language for experimental film aesthetics.

“I am interested in moments in the history of media where a medium is still new and unexplored. The decision to connect quilt and animation comes from a desire to create a unique framework. I restricted my environment by combining these two worlds and experimenting within the constraints embedded in these formats. This provided me with a strict set of rules and by choosing these formats I was obliged to follow the rules. Starting with the patchworks I used solid colors, avoiding printed fabrics, and let the patterns created by the tiled shapes form the basis of the visual language, similar to limitations that were enforced in early attempts to make visuals with any new medias”.

As a natural evolution of previous works, I have resisted the use of technology in favor of a handcrafted approach, referencing digital aesthetics through elements inherent in the nature of my practice. My 2014 solo show at TRANSFER used grids of graph paper to draw a connection to the grid of the digital image – in ‘Big Screen’ the grids of the quilt work make a similar connection. The anecdotal reference to the 4:3 aspect ratio in each of the patches, along with the transition from black and white to color, analog to digital, and frame by frame animation hint at further connections to the many tropes and conventions of the history of screen-based media.

Traditionally quilt-work has been used to tell a story, whether a family story or commemoration of important moments in a community. This work tells the story of the moving image while serving as a visual manifestation of art as labor and labor as art. Labor in art and in general is often invisible and underappreciated – my work highlights the effort of quilt making as an expression of care, an alternative to the dominant approach in conceptual art where the concept is more important than the fabrication of the work. In ‘Big Screen’ I weave labor and concept, carrying on the legacy of traditional craft through a contemporary narrative format. 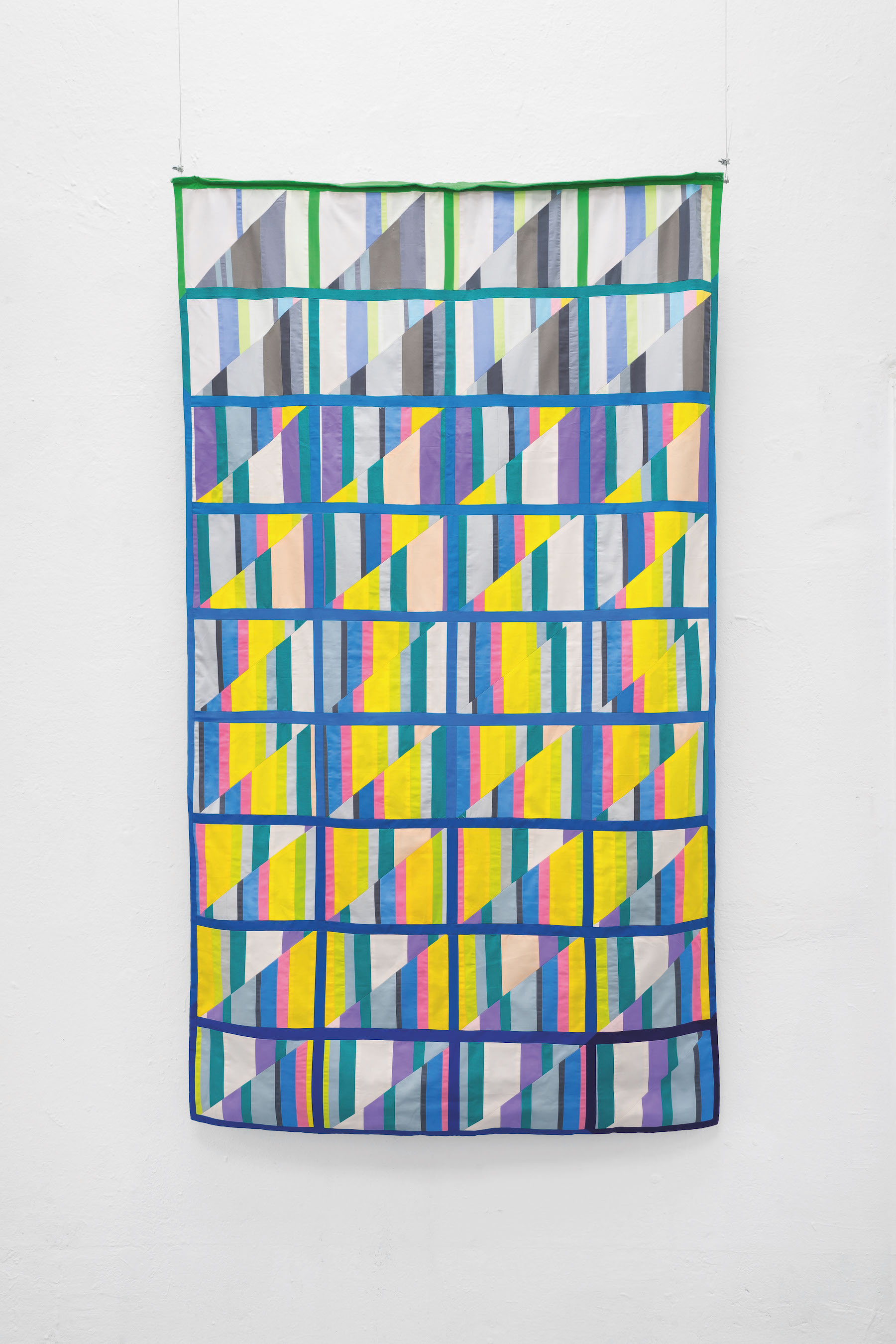 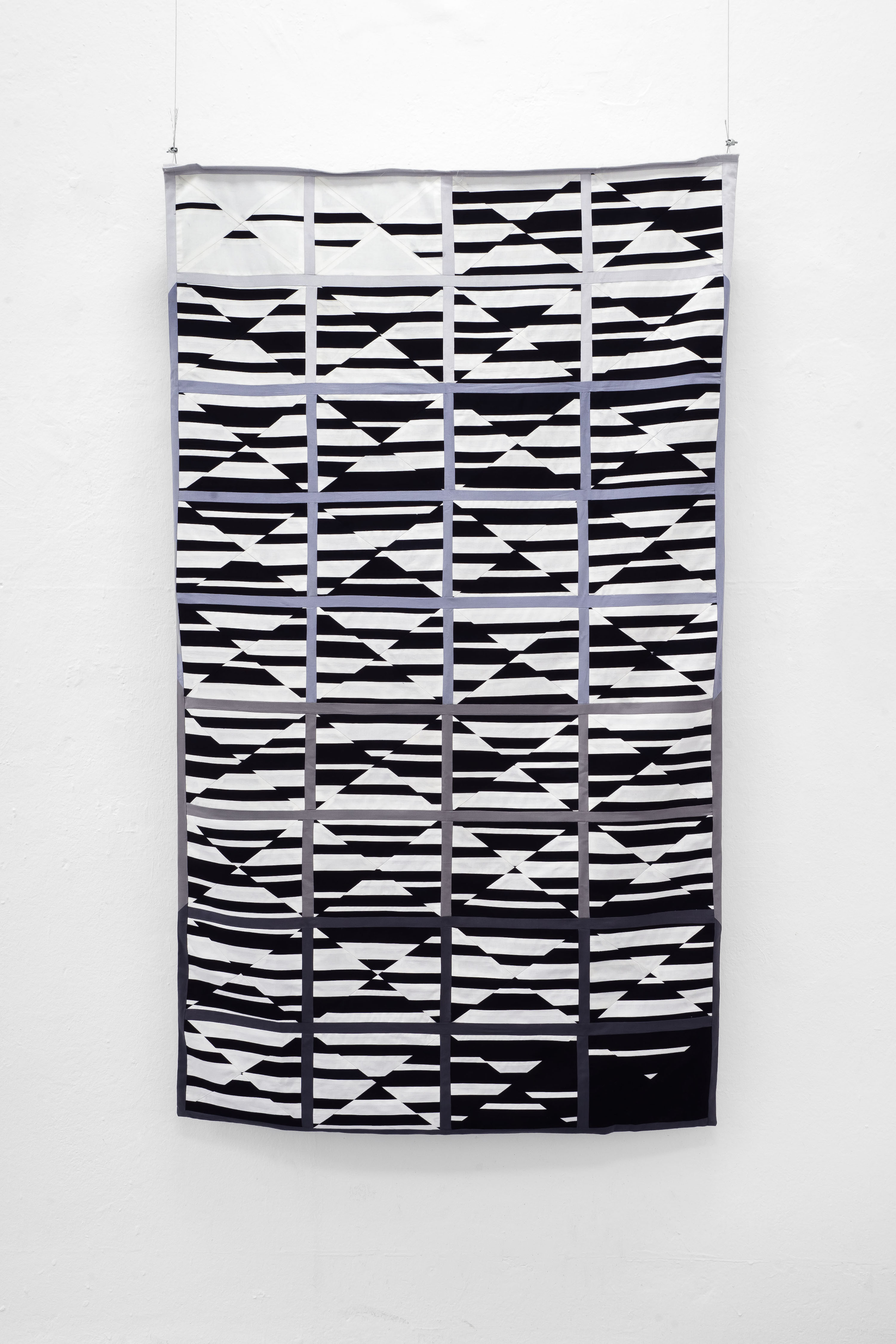 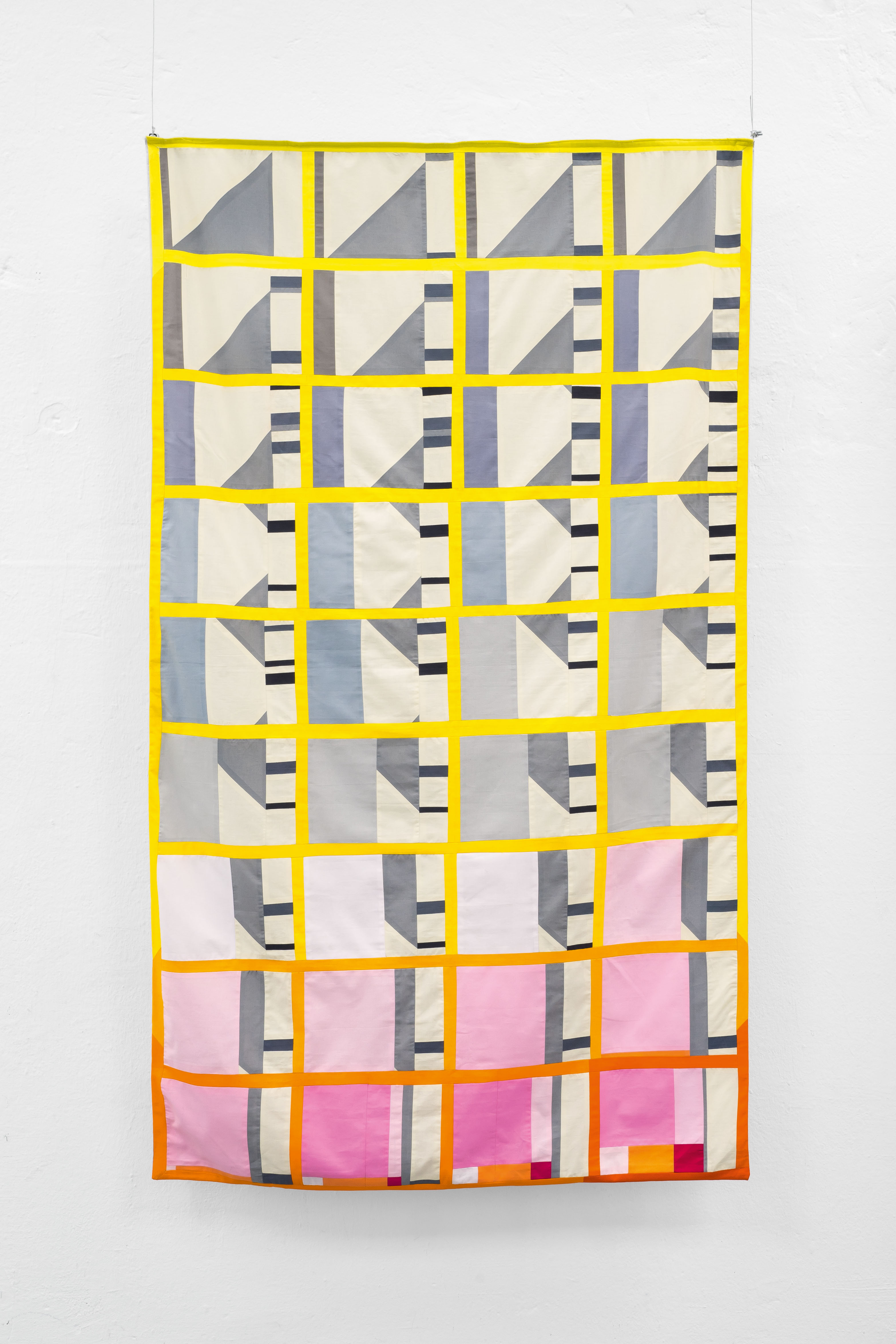 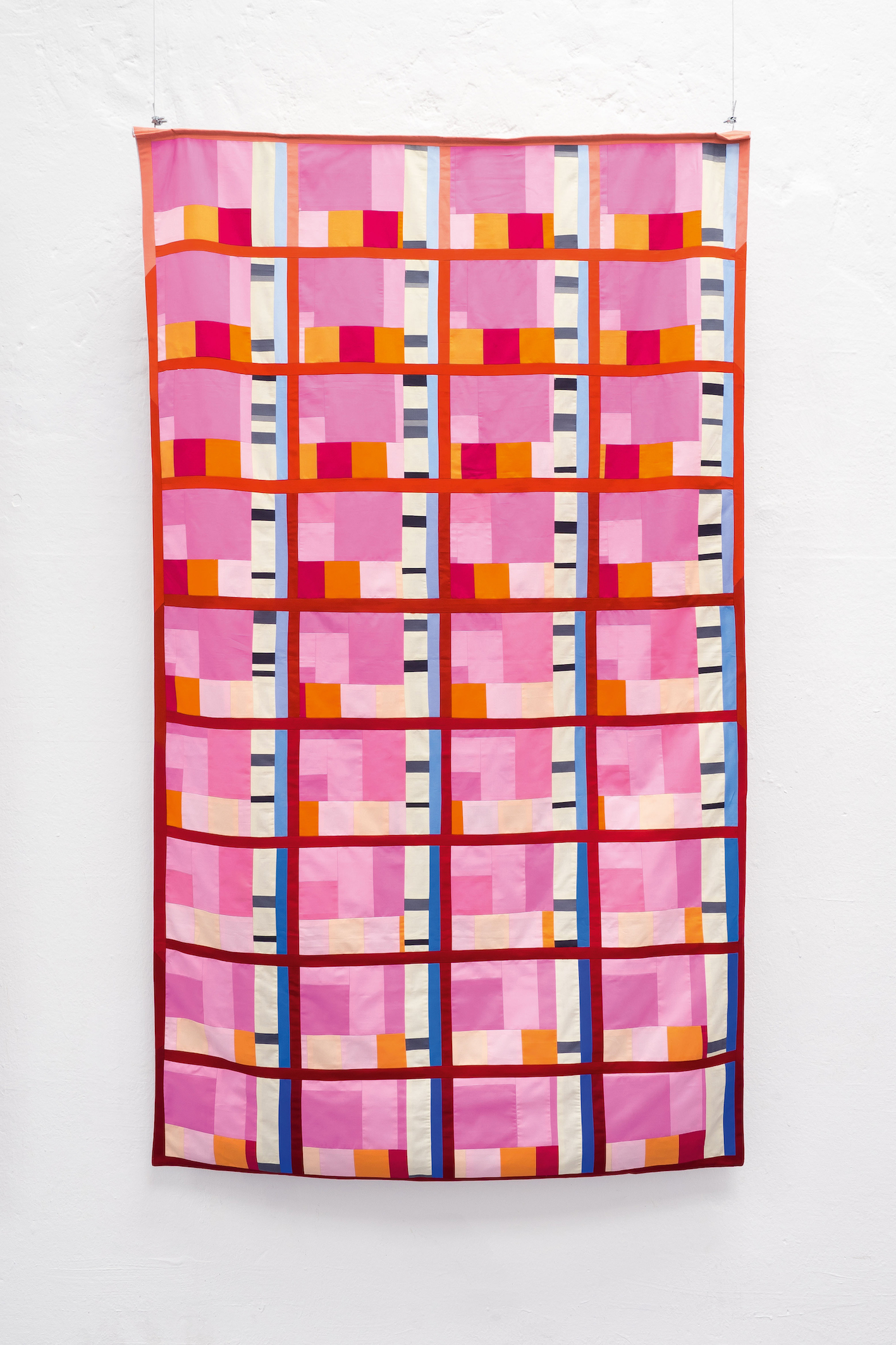 Remixing Big Screen reinterprets a selection patches that were excluded from Big Screen. The act of using leftover material to create a new work is inspired by the parallels between digital remix culture and the craft of quilting, both of which traditionally involve collaborative practices as well as found materials. 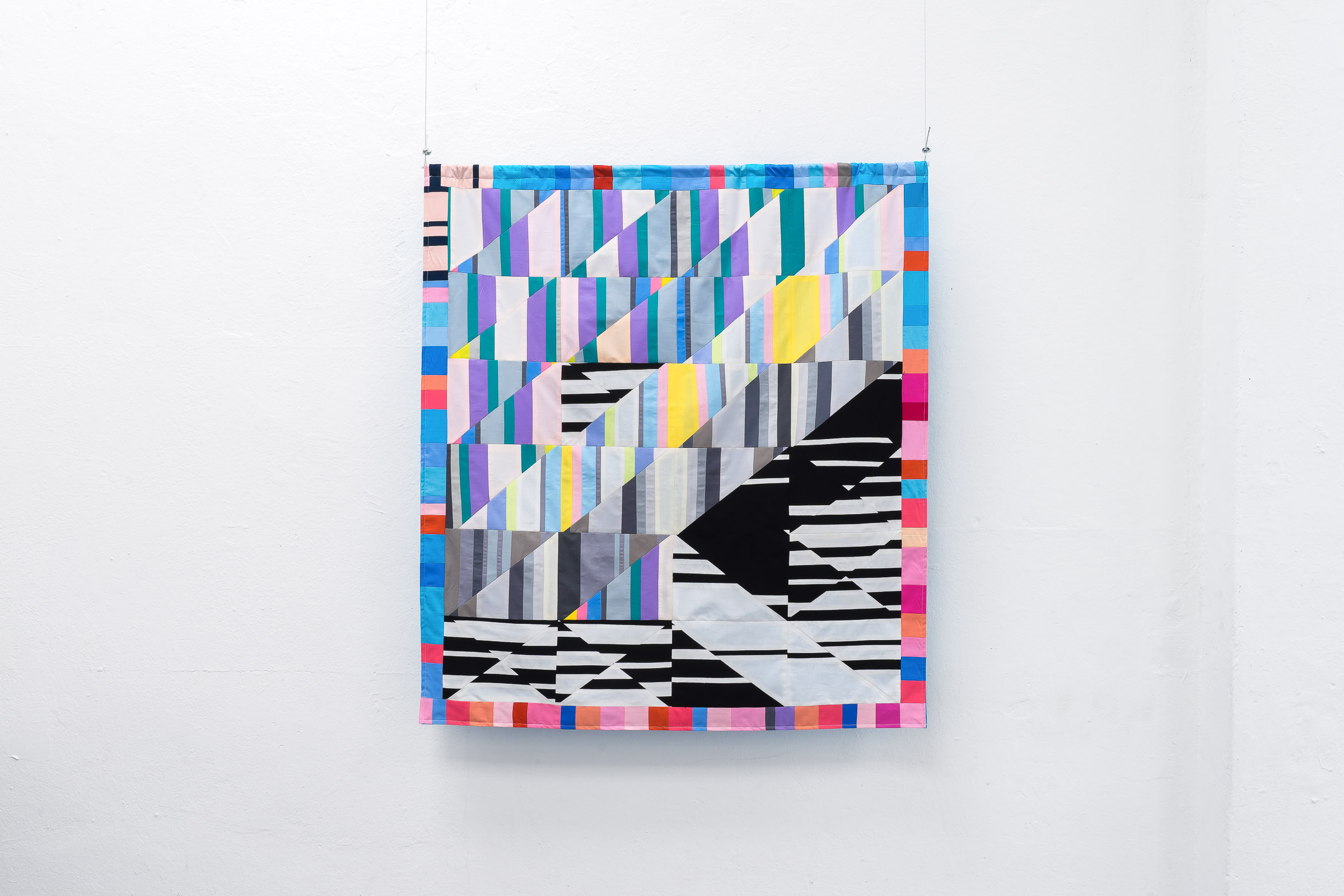 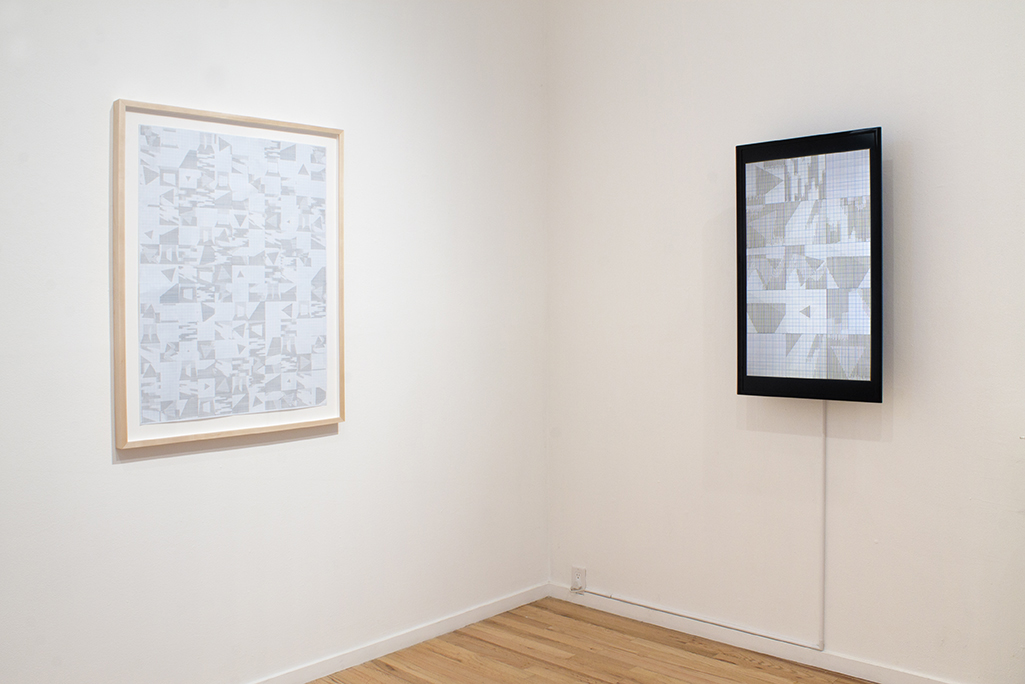 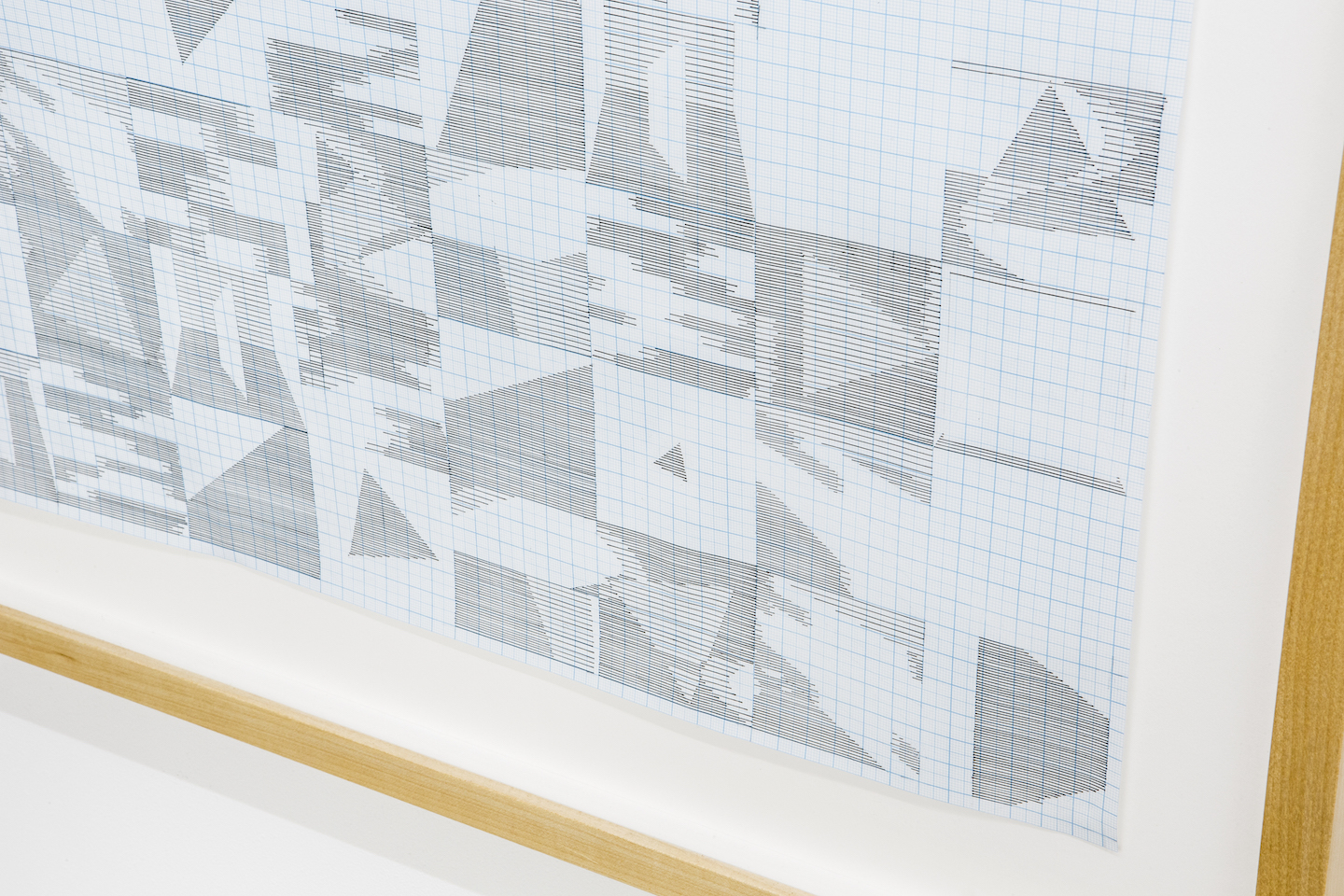